A guide to the queer teen stars of YouTube 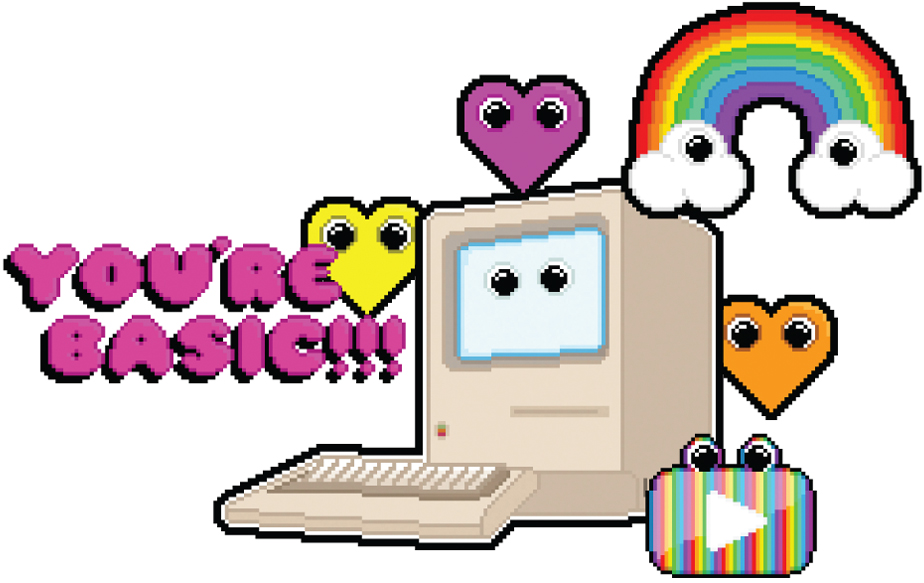 Teens need their outlets. Historically, they’ve used personal diaries and journals that never live beyond their bindings. Early blogging platforms like LiveJournal and Blogger were used to share their most private thoughts and complex emoticons only with intimate circles. But that can be dissatisfying for adolescents, who frequently have so much to say yet feel like they have no voice—particularly queer ones, whose voices typically aren’t reflected in mainstream popular culture.

With a little crafty, jump cut-filled editing and the click of a button, queer teen vloggers can share their lives with the internet. They have the chance to develop their own voices, drawing laughter and nostalgia from a generation of older gays. “This is what I would have done if I’d had the chance (or the nerve),” we think between giggles, beaming at the pride in young faces that look a lot like ourselves at that age. “Well, maybe.”

There’s no shortage of queer and queer-friendly teens on YouTube, and the five listed here represent the gold standard—in the words of vlogger Lohanthony, the opposite of basic. As one 17-year-old YouTuber named Jamie says, “I know that I’m not famous. I know I have no talent. I know that I’m overrated. But I just happened to get lucky on the internet.”

“Calling all the basic bitches. There is a new announcement,” Lohanthony says before cupping a hand around his mouth. “You’re basic.” Those nine seconds alone have garnered more than 352,000 views on YouTube, and countless more through Tumblr. Lohanthony’s videos are loud and aggressive—he delivers every observation as if being recorded for a Bad Girls Club confessional. One of his videos teaches his viewers (including Katy Perry, who tweeted about him to her 26 million followers) to twerk—you know, booty pop. “Watching me twerk is scandalous and might even hurt your eyes,” he warns.

At the end of a video recorded while driving through a traffic jam with his mother, Lohanthony passes a wrecked Poland Spring truck. “If that was me, I would’ve been like, ‘Hold the fuck up!’ ” he says. His mother responds, “I would’ve grabbed some Poland Springs.” Refusing all things basic runs in the family.

Ton Do-Nguyen has uploaded just three videos, but it’ll be hard to click away until he satisfies our need for a fourth. The 16-year-old straight boy’s shot-for-shot remakes of Beyoncé’s music videos for “Countdown” and “Love on Top” have captured the attention of queer bloggers everywhere—not to mention Queen B herself, who called his work “brilliant.” Ton’s videos rely on more than just his dance and costuming talents (that Snuggie!); his editing skills are tops, too. His remake of the kinetic “Countdown” has an alternate split-screen version showcasing his precision. I think I speak for us all when I beg him for “Crazy in Love.”

Not all queer teens on YouTube use the medium to let their inner divas loose. In one of her more popular videos, ElloSteph responds to a question she frequently receives from viewers: how to come out. “You’re not the first person to come out. You won’t be the last,” she tells watchers. Some share their own coming-out stories in the comments. The size of her overall audience pales in comparison to those of YouTubers like Lohanthony, so the fact that she receives questions at all is a testament to the trust and respect of her loyal viewers. Scattered among her advice videos, you’ll find ElloSteph covering her favorite songs, going shopping, or trying to cook with her friend Daniela in a series she calls “2 Lesbians 1 kitchen.” “Food is Stephanie’s foreplay,” Daniela says. In a way, ElloSteph’s the DIY Queer Teen Rachael Ray—in other words, a total improvement.

In the biography section of her Twitter and Tumblr pages, ElloSteph includes a quote from the musical Rent: “The opposite of war isn’t peace, it’s creation.” Though it’s the kind of wide-eyed adage many adults would scoff at, ElloSteph wears it well.

“People are so into trying to figure out the identity of my genitals that they are practically giving me head. With teeth,” says MilesJai, one of the more prolific young vloggers on YouTube. With his constantly changing hairstyles and outrageous takes on being young and queer in the iPhone age, he uses multiple accounts to show off his assortment of sketch comedy, beauty tutorials, personal vlogs, and music videos. His parody of everyone’s least favorite type of Facebook user, “LIKE MAH STATUS,” has received more than 8 million views. “Chill your ass out with all of this LMS shit, and you need to shut it down,” he says. “The shit ain’t cute, and by ‘cute,’ I mean it’s getting on everybody’s fucking nerves so you need to stop right now.”

Though he oozes confidence and focuses primarily on making people laugh in his videos, it’s the brief moments of vulnerability (like when he expressed a fear of being raped while in Las Vegas) that make him a role model any queer teen can relate to.

Lepreas is one of countless queer teens who use YouTube as a personal diary. The British student discusses awkward childhood moments, Pride parades, Pokémon, the fear of being “forever alone,” and even how to make the perfect “cuppa tea.” The video in which he discusses his initial experiences with OkCupid and Grindr is a charming, self-deprecating story that captures precisely how terrifying and exciting it is to begin dating as a queer teen. While discussing his hesitance about random hookups, Andrew says, “Let’s be real. We’d be making out, then you’d pull out your penis, and then I’d be like, ‘That goes where?’ ” He pauses. “And that wouldn’t be a good thing.”

Lepreas’ account is a deeply personal chronicle of the transition from queer teen to queer adult, and may very well teach younger viewers that, yes, it probably will get better—even if it gets awkward first.

We’re all fortunate that YouTube didn’t exist during my teen years, because this is the type of content I probably would have produced if it had:

A heartfelt rendition of “Wide Open Spaces” by the Dixie Chicks, set to slides of family vacations projected on my bedroom wall.

A poorly produced fan version of Aaliyah’s “Are You That Somebody,” complete with an unflattering crop top.

A 30-minute rant in which I complain about ABC canceling It’s Like, You Know... (This will be my least-viewed video.)